Please click here for our tax beneficial GoFundMe campaign!
THANK YOU TO ALL WHO DONATED TO "FLY: CANTO CON ALAS"! WE MADE OUR MATCH!!

The music Must Play on
in Our hearts, in our homes, and... on live stream!

Thank you for visiting us in these trying times. We are grateful to have you as a listener, audience member, fellow musician, dancer, student, friend, and we hope that you are safe and healthy.

As we look toward a future of returning to live performance, Cascada de Flores continues to offer on-line Music Classes for children, and adults, virtual school & family performances, and Zoom serenades. Please contact us for more information! If you are able, in order to help us make up for lost income due to cancelled performances, please consider giving a tax-deductible donation via GoFundMe. 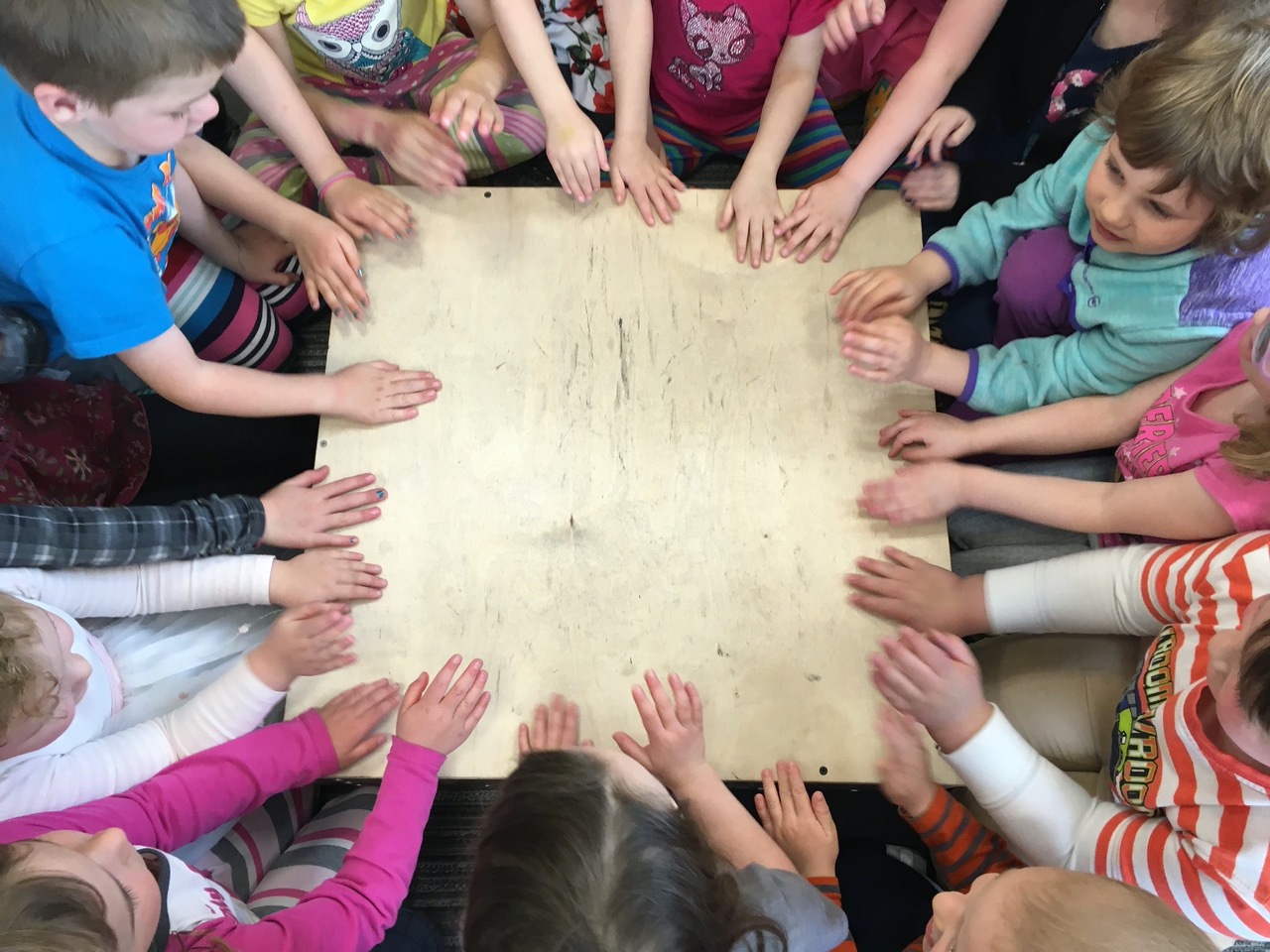 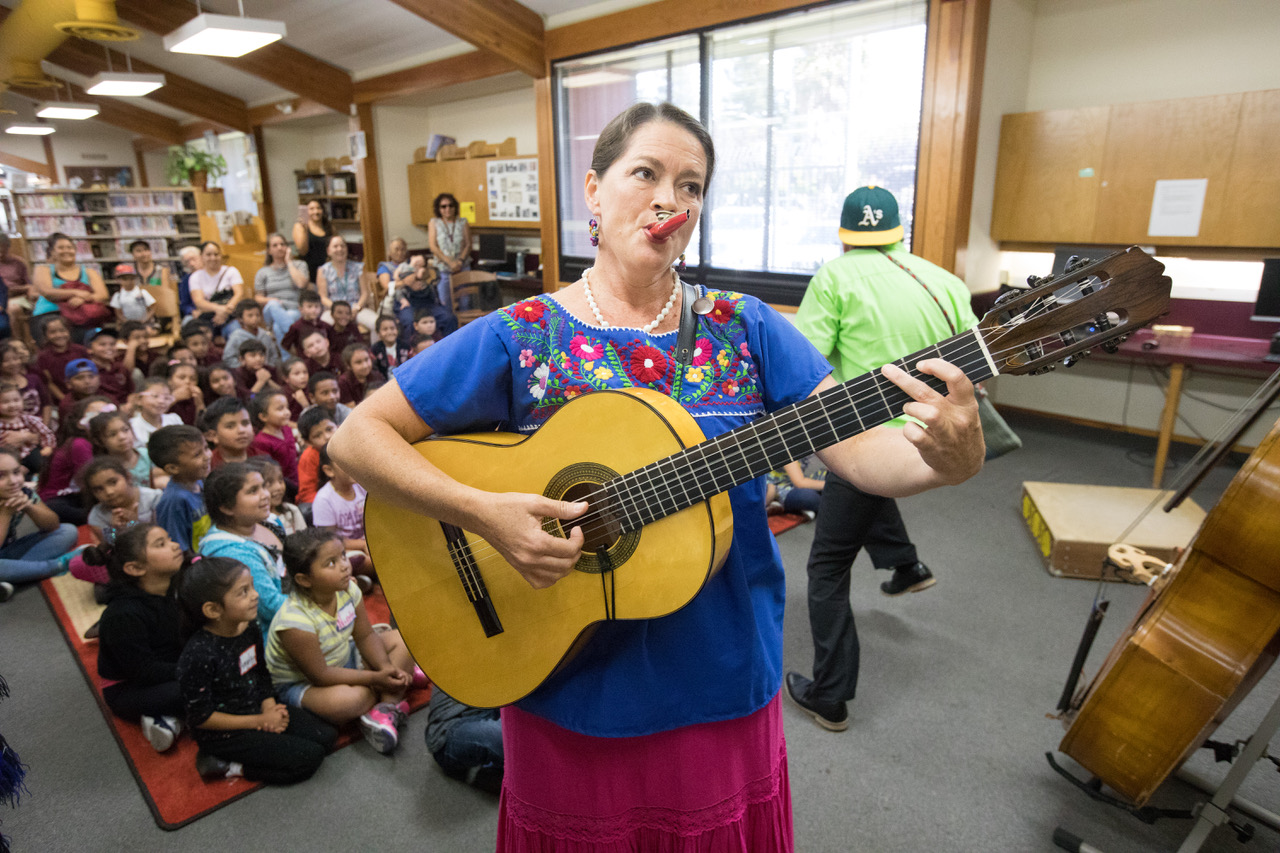 Yes, I'd like to make a tax-deductible donation to Arwen & Jorge

Our albums are also available to listen to and purchase on Bandcamp, Amazon & iTunes!

Free events at your local library

Come participate in a holiday celebration at the library, where Jorge & Arwen of Cascada de Flores will lead you and your family in songs, dances and song games from the season, as always with a lot of imagination and participation.  Songs in Spanish and in English.

Contact Us
THANK YOU TO ALL WHO DONATED TO "FLY: CANTO CON ALAS"! WE MADE OUR MATCH!!

THAT THING WE DO
Our MUSIC Ensembles

Cascada de Flores gives concerts as a duet to a sextet, bringing nostalgic song and traditions of Mexico and its neighbors into simple arrangements that allow space for both improvisation and pure expression.

The ensemble also offers special programs such as Radio Flor, a creative concert set in an old-time radio format as well as storytelling with song and dance for children of all ages. 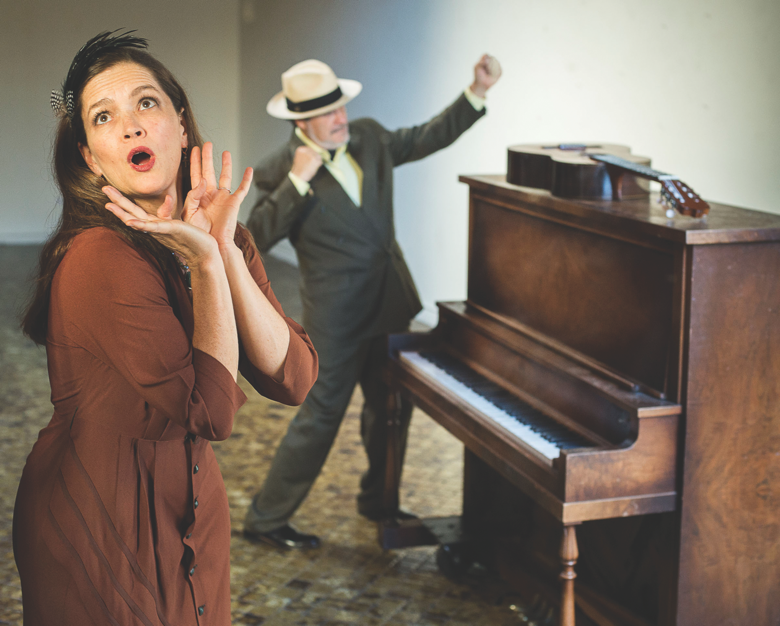 For more information about our concerts:

For more information about programming for Children:

"Honoring and advancing tradition, building multicultural bridges, and celebrating life, the performance was a demonstration of the best of what can be done with music."

"Cascada de Flores is a delicious discovery of retro acoustic music with Mexican and Caribbean roots. Radio Flor is a trip into nostalgia, into our musical past and heritage, with the respect and elegance that it deserves." 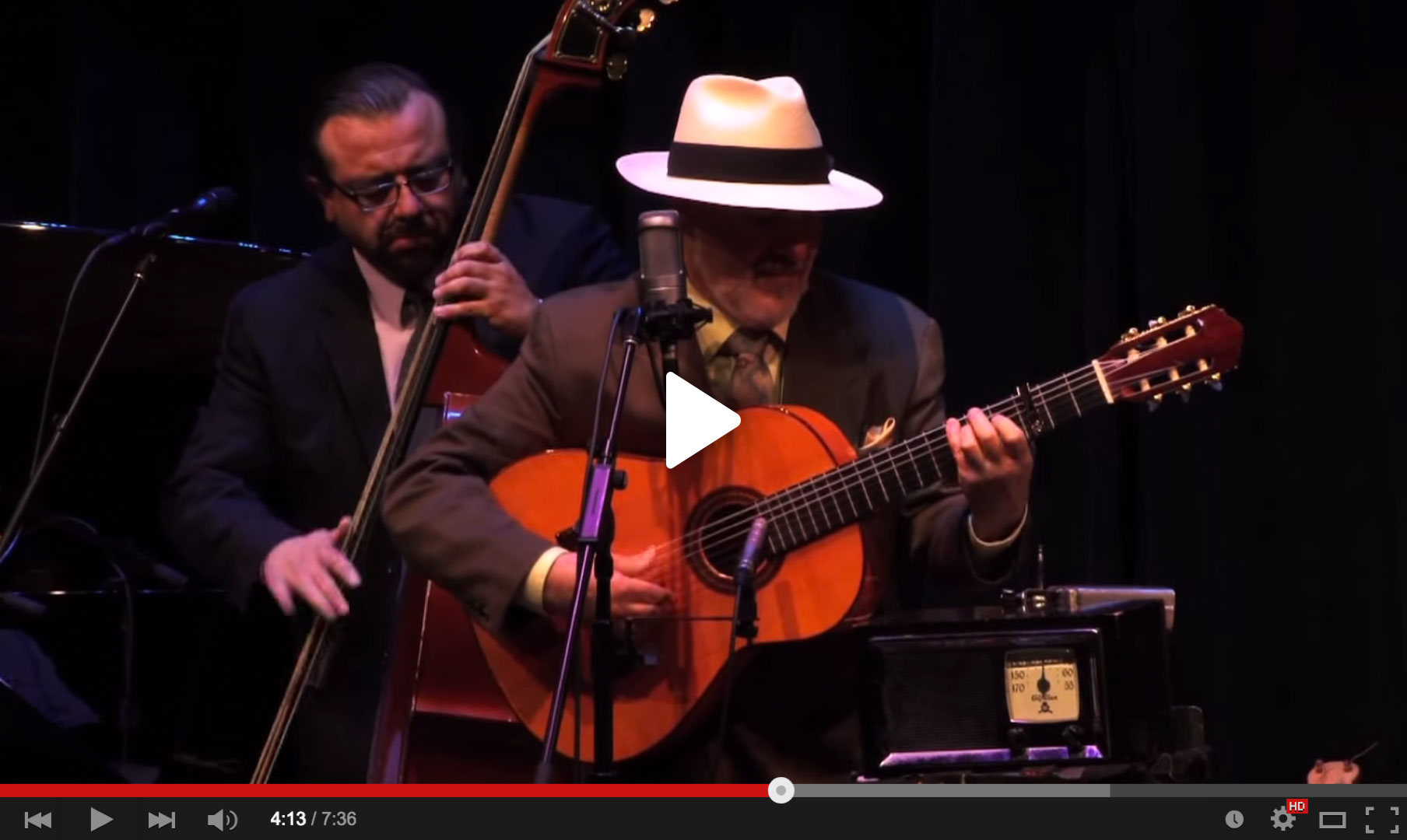 Contact Us
THANK YOU TO ALL WHO DONATED TO "FLY: CANTO CON ALAS"! WE MADE OUR MATCH!!

Hot Off The Presses
Latest NEWS

A live review from No Depression "the journal of roots music"!
nodepression.com/live-review/cascada-de-flores-golden-heart

- You can buy the CD from: iTunes 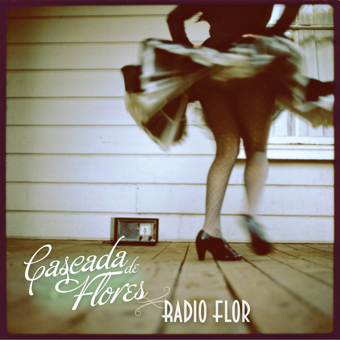 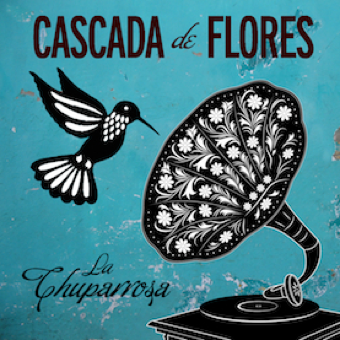 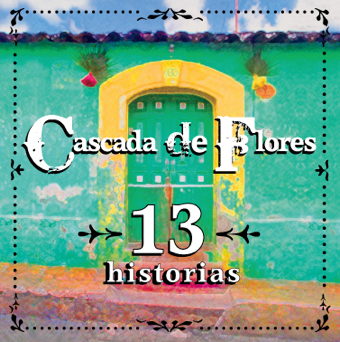 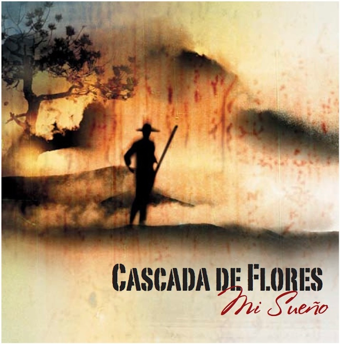 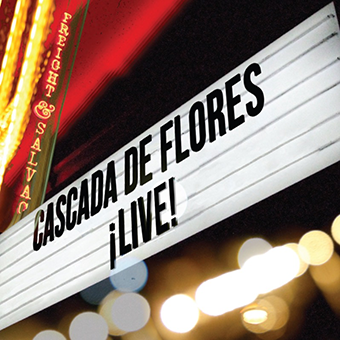 Our albums are also available to listen to and purchase on Amazon & iTunes!

T-shirts (and albums) available on our Square store
https://cascadadeflores-2020.square.site

The core members of Cascada de Flores have been re-imagining Mexican tradition for years. After falling for Mexican music as a young woman, Arwen Lawrence toured with Grammy-winning L.A. mariachi heavyweights, Los Camperos de Nati Cano, an apprenticeship that honed her skills and deepened her love for Mexico's musical language. With them, she recorded and performed in venues such as the Teatro Degollado in Guadalajara and Lincoln Center of New York. Nati always nudged her towards what she already did naturally: to sing with heart.

Jorge Liceaga grew up in Mexico City, buying his first guitar with the money he'd earned shining shoes. Self taught, he was later mentored by local legend Leonardo 'El León' Salas, a transplant from Yucatan, who taught Jorge to 'guasanguearla' (play with that special Yucatecan swing). Jorge followed his sister and found himself amongst local masters of artistic communication: The flamencos of Gitanerías. From them he received a raw and complicated education, which contributed to his special sensitivity as accompanist.

The pair founded Cascada de Flores in San Francisco, CA in 1999. They began by journeying into the hidden corners of Mexico, seeking the real stories of that hugely diverse country. Inspired by the fact that even as deep as its diversity goes, Mexico has a continuous love affair with foreign cultural phenomenon and incorporates them as if they were its own, the ensemble spends 14 years swimming in a magical place somewhere in the Gulf of Mexico and the Caribbean sea where rancheras, boleros, sones and guarachas from México, Cuba, Puerto Rico and Colombia meet.

Cascada de Flores has recorded now four albums, collaborated in numerous projects, including theater and cinema and toured to several areas of the United States. In Mexico they have been delightfully received in venues such as The central plaza in Mexico City with Jorge Saldaña, la Tasca in Jalapa, and lately in the beautiful Biblioteca Henestrosa in Oaxaca city and the main festival of Tezoatlán, Oaxaca. They even traveled to study with the trovadores of Santiago de Cuba. Cascada de Flores is now a phenomenon, cherished by the Latinos that hear them, and opening the minds of its non-Latino fans. Opening minds and hearts to the real stories of Mexico and Latin America has become this group's unofficial mission; Jorge feels pride at being able to arrive at a performance without a wide sombrero and still be received with open arms

Additionally, Cascada de Flores is firmly committed to music and cultural education. They present a bilingual music and dance program for children in schools, libraries and theaters such as Montalvo Arts Center (Saratoga), Herbst Theater (San Francisco), Mexican Heritage Plaza (San Jose) and Lobero Theater (Santa Barbara). They have performed in over 1000 Western US schools and Libraries reaching over 500,000 children with their educational program. Recently, the Dúo brought their musical story to la Mixtecan hills of Oaxaca, Mexico. Close to home, members of Cascada de Flores present ongoing bilingual classes and special workshops for children and families focused on traditional Latin American folk songs and Mexican traditional music and dance.

Something for The Little Ones
Cuentos Cantados - Stories with music, dance, humor and you!

Classes on pause, please email us if you are interested!


‍🐸
‍Music Classes for Schools and Libraries �
[Visit our Upcoming Events  for upcoming  events and classes open to the public]
Bilingual songs, dances & stories: We want to give a series of music classes tailored for your school, classroom or library story time. One visit, or weekly for 4, 8 or 10 weeks, etc (PK-12)

"A exceptional show. The lively dancing, singing and bilingual storytelling delighted everyone in attendance, from the very youngest children to seniors."

"The music from the various regions of Mexico is enchanting. You are excellent educators as well as consummate musicians and dancers." 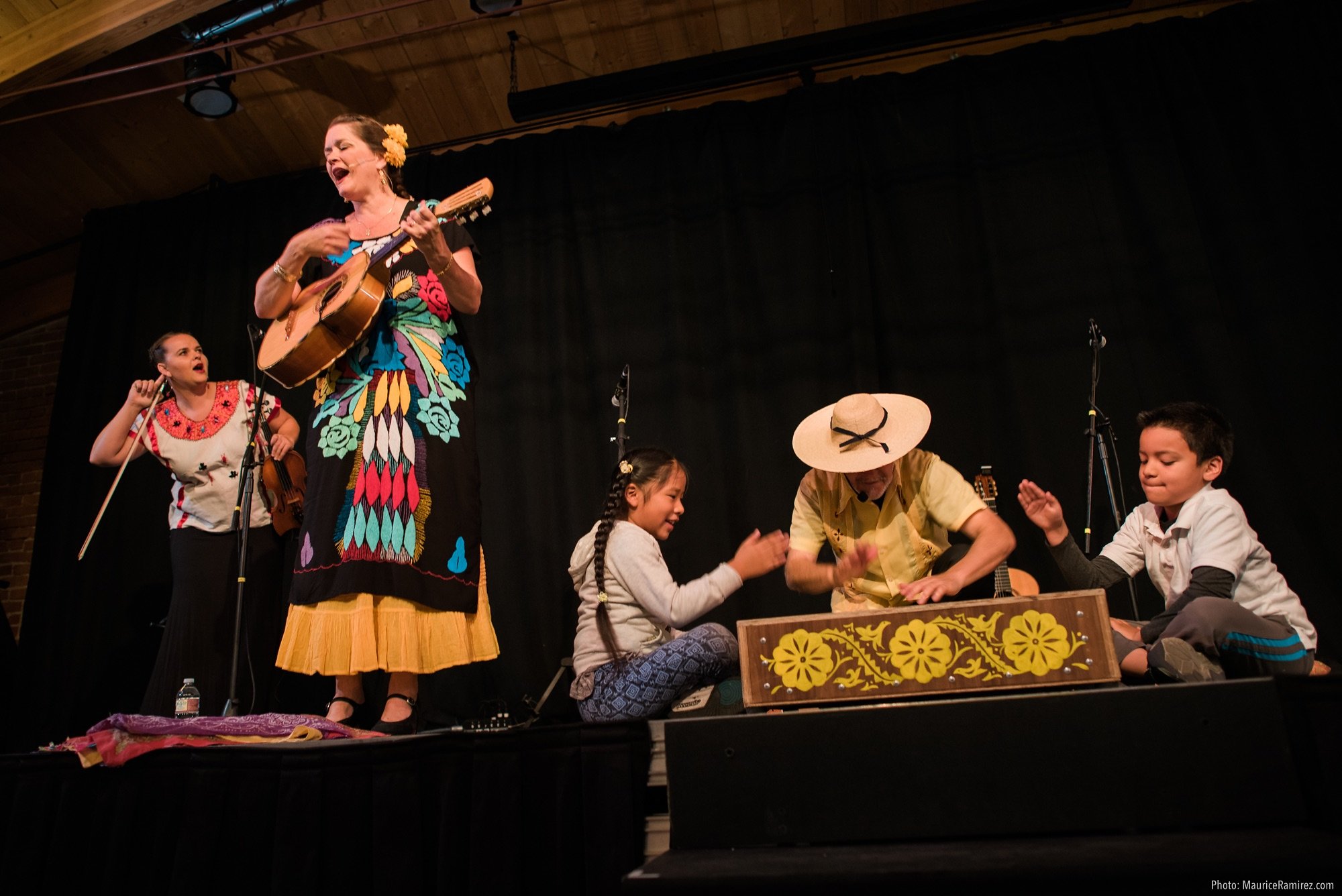 A bilingual and participatory story exploding with the song, ancient musical instruments, poly-rhythms and sweet characters of Mexican music and dance.

Cascada de Flores celebrates 20 years of working with and performing for youth of all ages and backgrounds.

Available via zoom or video, email us! 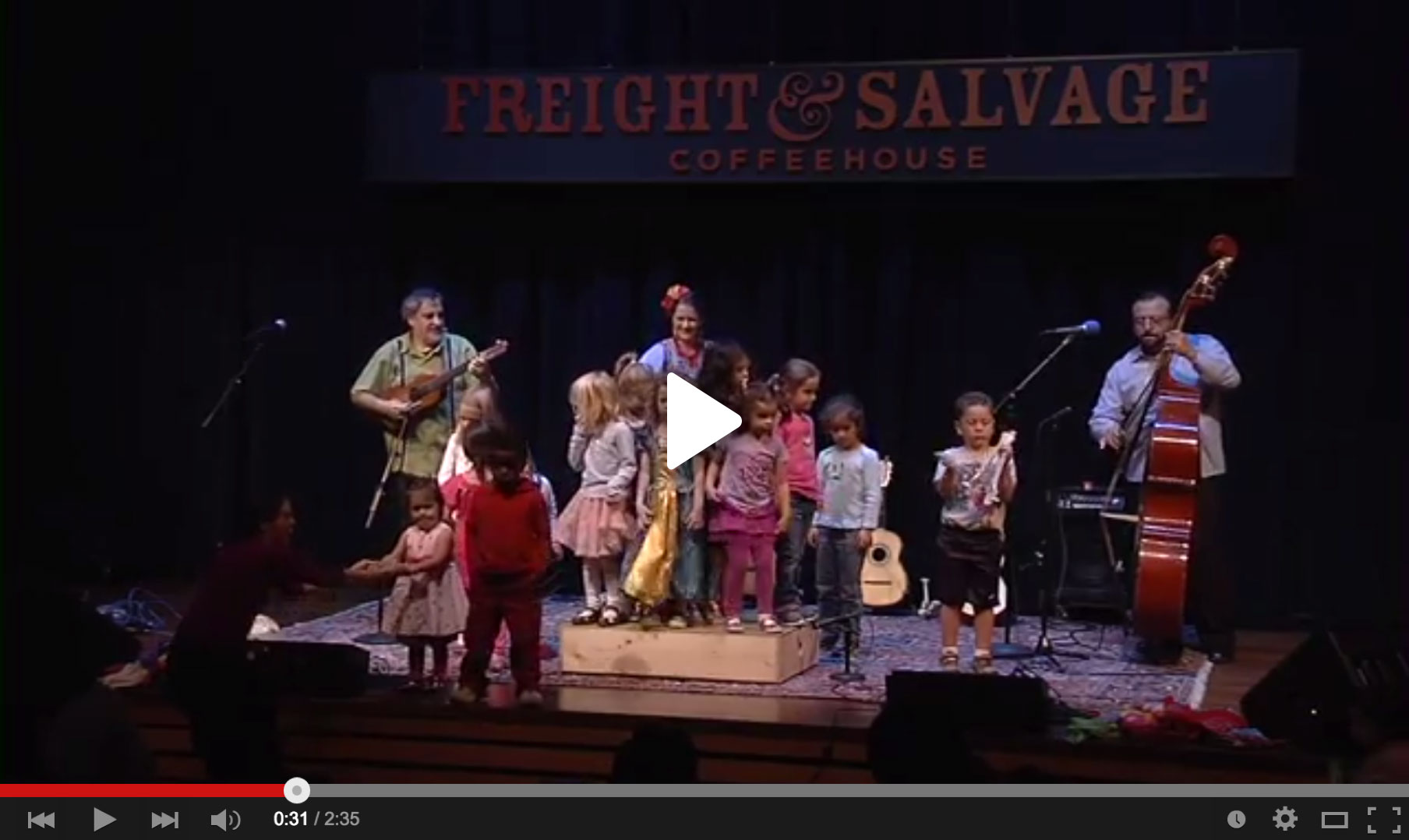